For An Antique Lyre 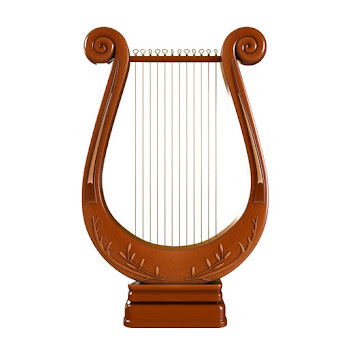 Read "For An Antique Lyre" at The Eldritch Dark:

This poem from Clark Ashton Smith (CAS) returns to a theme woven throughout the verses included in The Hill of Dionysus (1962): the bucolic ideal of the legendary days of Classical Greek mythology:

And happiness had been
A siren singing only
On shores unsought and lonely
Where Vesper falls to some untraveled visne.

The end of the poem refers to "A sleeping Venus hidden...Within her undiscovered hollow hill."  In his short story "The Disinterment of Venus", CAS makes the same association in describing the marble effigy unearthed by the Benedictine monks of the Perigon Abbey:

And one weeps with him in the ways Lethean,
And stains with tears her changing bosom chill:
That obscure Venus of the hollow hill,
That thing transformed which was the Cytherean,
With lips that lost their Grecian laugh divine
Long since, and face no more called Erycine;
A ghost, a bitter and luxurious god.

Here, Swinburne describes the dark side of the mythical goddess of love, which Edith Hamilton summarized in her classic text Mythology (1942): "In later poems she is usually shown as treacherous and malicious, exerting a deadly and destructive power over men."

To circle back around to the last stanza of "For An Antique Lyre":

And joy had tarried still,
A sleeping Venus hidden
In sunless halls forbidden
Within her undiscovered hollow hill.

Assuming I'm correctly interpreting CAS' intent in this stanza, I take it that since the malign Cytherean Venus lies inert in "her undiscovered hollow hill" that her dark designs cannot impede the jubilant spirit expressed throughout the rest of "For An Antique Lyre".

Posted by Jeff in Bellingham at 7:43 AM