Morning Star of the Mountains 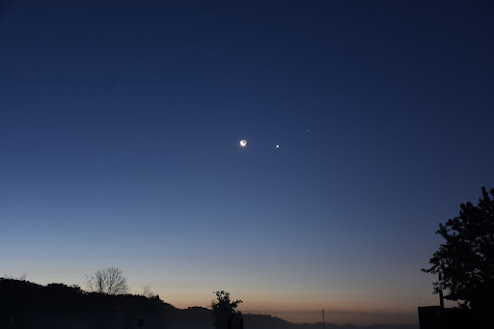 This haiku from Clark Ashton Smith (CAS) was unpublished in his lifetime, and is not available on The Eldritch Dark, so here's the complete text:

Wakeful in the sleeping bag,
I met the stare
Of Venus, risen on you hair.

Despite the brevity of this poem, CAS gets a lot of mileage out of the planet Venus and the many roles it has played throughout the ages of human culture. The second planet from the sun is very prominent during sunrise, but it is also named for the Roman goddess of love, beauty, and desire.  So when the speaker in this poem views the morning star "risen in your hair", he is implicitly comparing his companion to that famously alluring divinity.

Posted by Jeff in Bellingham at 6:04 AM