The Sorceror to his Love 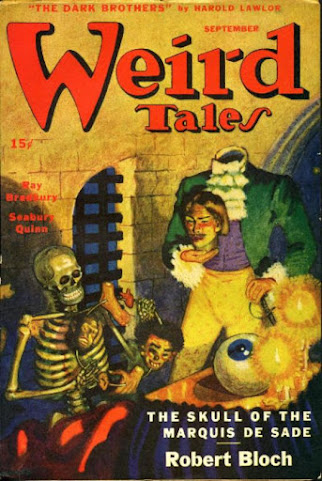 Read "The Sorceror to his Love" at The Eldritch Dark:

It's a simple but enchanting poem, capturing the feeling of safety and protection to be found within the arms of a lover.  It also reminds the reader of the power that can be found in imaginary names, as in these lines:

The horror that Zimimar brings
Between his vast and vampire wings

"Zimimar" is CAS' invention, but as with so many of his invented names, it's hardly random: there's an undeniable hint of the exotic and the mysterious in that name, as there is in "Maâl Dweb", "Zothique" and all the others.

Posted by Jeff in Bellingham at 6:30 AM