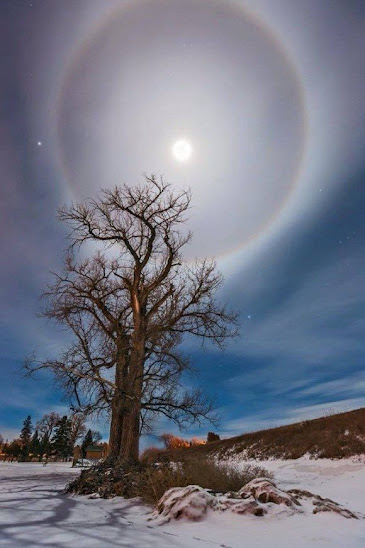 This haiku from Clark Ashton Smith (CAS) really demonstrates the power of that short poetic form to render specific events with wonderful accuracy, such that readers can immediately recall experiences of their own that echo what the poet is describing.  Even the simple closing phrase "Clouds ring the moon" has such directness and clarity that it translates easily to a visual imagining.

As I read further into CAS' work in the haiku form, I'm continually impressed by how readily he transitioned from the "grand manner" of his longer poems in traditional English metrical forms into the magically succinct Japanese form of haiku.  It really speaks to his deeply ingrained poetic talent, which he could apply across a variety of verse structures without getting lost in the technical demands of a particular form (as evidenced by his ready willingness to "break the rules" of the haiku whenever it suited his creative inclinations).

Posted by Jeff in Bellingham at 6:25 AM