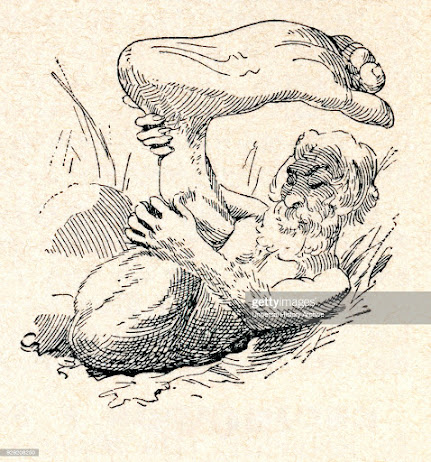 Read "The Sciapod" at The Eldritch Dark:

With this haiku, Clark Ashton Smith (CAS) expanded his series of short poems about legendary creatures, in this case focusing on the wonderful sciapod, more commonly known as the monopod.

I first encountered these magical creatures in C.S. Lewis' The Voyage of the Dawn Treader (1952), and they have entranced me ever since.  There's something oddly elegant abut a one-legged creature who can rest in the shade of his own appendage, an elegance that CAS enhances with his closing phrase noting that the Sciapod can also root "his tresses in the sod."

Posted by Jeff in Bellingham at 11:01 AM