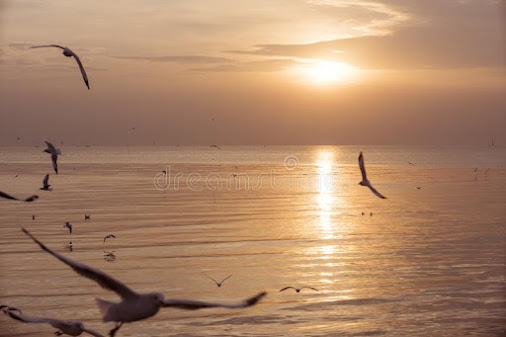 Here is another haiku from Clark Ashton Smith (CAS) that was unpublished in his lifetime, and is not available on The Eldritch Dark, so here is the complete text:

Grey gulls on a grey sea:
Out of the sunset-glow
A wind blows bleak and keen.

This is obviously a pretty minor poem from CAS, and yet the use of alliteration is skillfully handled.  The "g" sound prominent in the first line carries over to "sunset-glow" at the end of the second, but the real magic comes in the final line: while the phrase "blows bleak" is dominated by a "b" sound, it also introduces the "k" sound that alliterates with the final word "keen."

It's notable that in a short poem that was not published in his lifetime, CAS was still paying close attention to the musicality of his diction, a sure sign that he was a true poet!